Adult Albatross return each year to the very place where they were born for mating and rearing a new chick.

Because Laysan Albatross have been considered as vulnerable to extinction, great effort is made to monitor their   progress toward repopulating themselves on the North Shore of Kaua'i. This important work is performed by  biologists from the Pacific Rim Conservation.

We have documented here with photographs one of the beginning activities of the team of biologists, which is "candling" the eggs in as many nests as possible. This process determines the viability (fertility) of each egg. The nature of the sitting parent at the time of candling is so docile that it does not mind (too much) that their egg is being handled. They are one of a rare few species of birds that will never abandon their nest if tampered with. 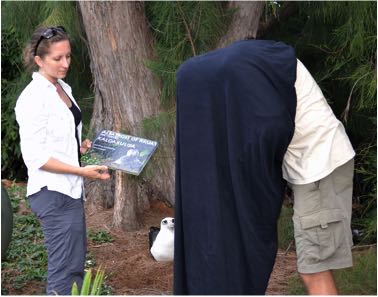 Getting the egg from the parent.

Rare movie of the egg, the moving baby can be seen 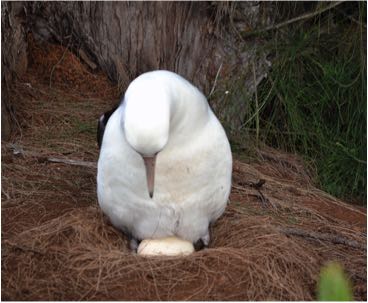